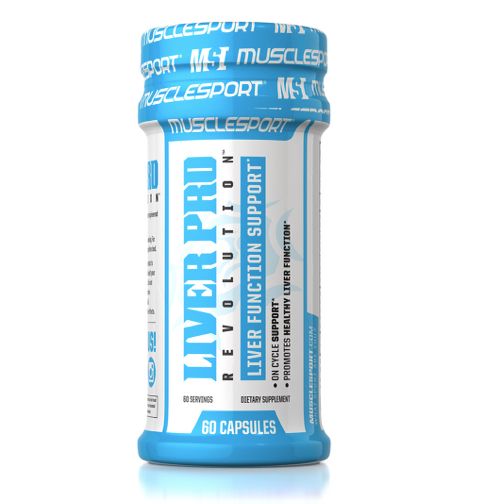 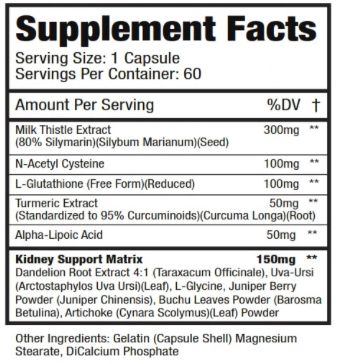 END_OF_DOCUMENT_TOKEN_TO_BE_REPLACED

Liver Pro from Muscle Sports has just hit our Rock Hard Supplements warehouse comes in 60 serves for best results can be taken twice daily to help promote healthy liver function, can be used on cycle support also.MuscleSport Liver Pro Revolution is now in stock online or pop in store to pick up your Muscle Sports Supplements.

Besides the heart, the liver is one of the most important organs in the body. It is responsible for over 500 health functions that are crucial to sustain life. Of these 500, three are of vital importance.  First the liver filters the blood coming from the digestive track before passing it to the rest of the body. Secondly the liver detoxifies chemicals and metabolizes drugs. Lastly the liver makes proteins important for blood clotting. As you can clearly see the liver helps take care of the body as a whole. But that begs the question….what takes care of the liver? This is why MuscleSport developed Liver Pro Revolution™…a comprehensive formula that helps support healthy liver function using the following ingredients:

Milk Thistle Extract – A liver therapeutic compound that may increase the rate of protein synthesis in liver cells and encourage subsequent repair after injury to the cells.
L-Glutathione – Heavily involved in the detoxification of our body, so it is no surprise that it is found in its highest concentrations in the liver.
Tumeric Extract – Turmeric can uniquely assist the enzymes that are responsible for flushing out known dietary carcinogens. The result is enhanced protection against liver damage, and even regeneration of affected liver cells.
Artichoke Powder – This extract appears to have the ability to stimulate bile secretion and benefits the liver by helping it to eliminate toxins.

Milk thistle is an herb that may be a liver therapeutic compound.

Milk thistle may increase the rate of protein synthesis in liver cells and encourage subsequent repair after injury to the cells.
It may also decrease LDL, triglycerides, and heart burn.
Limited evidence exists, but milk thistle may also have anti-obesity effects.

N-Acetyl-Cysteine is an acetylated form of L-Cysteine that is more bioavailable. It is often used for its high antioxidant content to reduce inflammation and counter oxidative stress.

It also works to bind various free radicals and poisons in the body so they can be removed through the digestive process and expelled.

Glutathione is a substance produced naturally by the liver. It is also found in fruits, vegetables, and meats.

Glutathione is involved in many processes in the body, including tissue building and repair, making chemicals and proteins needed in the body, and for the immune system.
Because glutathione is heavily involved in the detoxification of our body, it is no surprise that it is found in its highest concentrations in the liver; the body’s most important detoxifying organ.
Glutathione is also closely linked to liver health and function, when GSH levels are high, the workload put on the liver is reduced and it has a chance to repair itself.
This helps reduce liver inflammation which is the cause of liver cirrhosis and impaired liver function.

Turmeric is an herb that is used to help fight infections, reduce inflammation, and treat digestive problems.

Tumeric is also a potent antioxidant and may decrease symptoms of osteoarthritis.
What’s more, turmeric can uniquely assist the enzymes that are responsible for flushing out known dietary carcinogens. The result is enhanced protection against liver damage, and even regeneration of affected liver cells.
According to a new study in the Journal of the Medical Association of Thailand,  scientists have found that the livers of diabetic rats were repaired and even regenerated with the help of tumeric.

Alpha-Lipoic Acid (ALA) is a mitochondrial fatty acid that is highly involved in energy metabolism. It is synthesized in the body and can be consumed through eating meats and minimally in some fruits/vegetables.

In supplement form, ALA has shown benefit against various forms of oxidation and inflammation. These effects carry on to benefits that protect one from heart diseases, liver diseases, diabetes, and neurological decline with age.
ALA is also a potent anti-oxidant compound. It works with mitochondria and the body’s natural anti-oxidant defenses.
It is also seen as an anti-aging compound since it can reverse some of the oxidant damage related effects of aging.

Taraxacum officinale, also known as dandelion, is a vegetable that has a diuretic (water loss) effect when ingested.

It is also a source of potassium and thereby helps replace diuresis-induced losses.
Dandelion may help ease digestion by increasing the rate at which food leaves the stomach and enters the small intestine.
A study conducted by Clare et al. (2009) found dandelion three times a day in otherwise healthy subjects reported an increase in urination frequency relative to the same subjects the day before and after supplementation.

Uva-Ursi is an herbal compound which has the effects of a mild diuretic and astringent (anti-inflammatory).

It helps to reduce accumulation of uric acid in the bladder and help the overall health and productivity of the urinary tract.
Uva-Ursi may also help reduce high blood pressure and bloating.
It’s anti-inflammatory effects can help to tighten upper layers of the mucous membrane – relieving irritation and improving tissue firmness.

Glycine is a non-essential amino acid that is used to help generate muscle tissue, assist with proper cell growth and production, and convert glycogen into energy. It also plays an important role in proper nervous system function.

Glycine is required for the biosynthesis of creatine. Glycine increases the body’s creatine levels and helps prevent the breakdown of muscle.
In the absence of glycine, damaged muscle tissue cannot be repaired.
Current research has suggested that glycine supplementation may increase growth hormone (GH) levels 3-4 hours post exercise via its stimulatory agents acting upon the pituitary gland. This increase in GH theoretically could lead to faster recovery times and greater muscle growth.

Juniper extract has been used as a diuretic. This activity is most likely due to the action of terpinen-4-ol, which is known to increase renal glomerular filtration rate.

Buchu is harvested from the dried leaves obtained from three species of Barosma.

Historically, buchu has been used to treat inflammation, kidney and urinary tract infections; and as a diuretic.

Artichoke powder is an extract that appears to have the ability to stimulate bile secretion; this may underlie a reduction in cholesterol and improve fat digestion.

Artichoke is used to stimulate the flow of bile from the liver.
The bile production, stimulated by the artichoke leaf extract, benefits the liver by helping it to eliminate toxins.
One study in persons with high cholesterol has noted decreases in liver enzymes associated with artichoke supplementation, where over 45 days a decrease was seen for y-GT (25.8%), AST (17.3%), and ALT (15.2%) with no influence on GLDH. 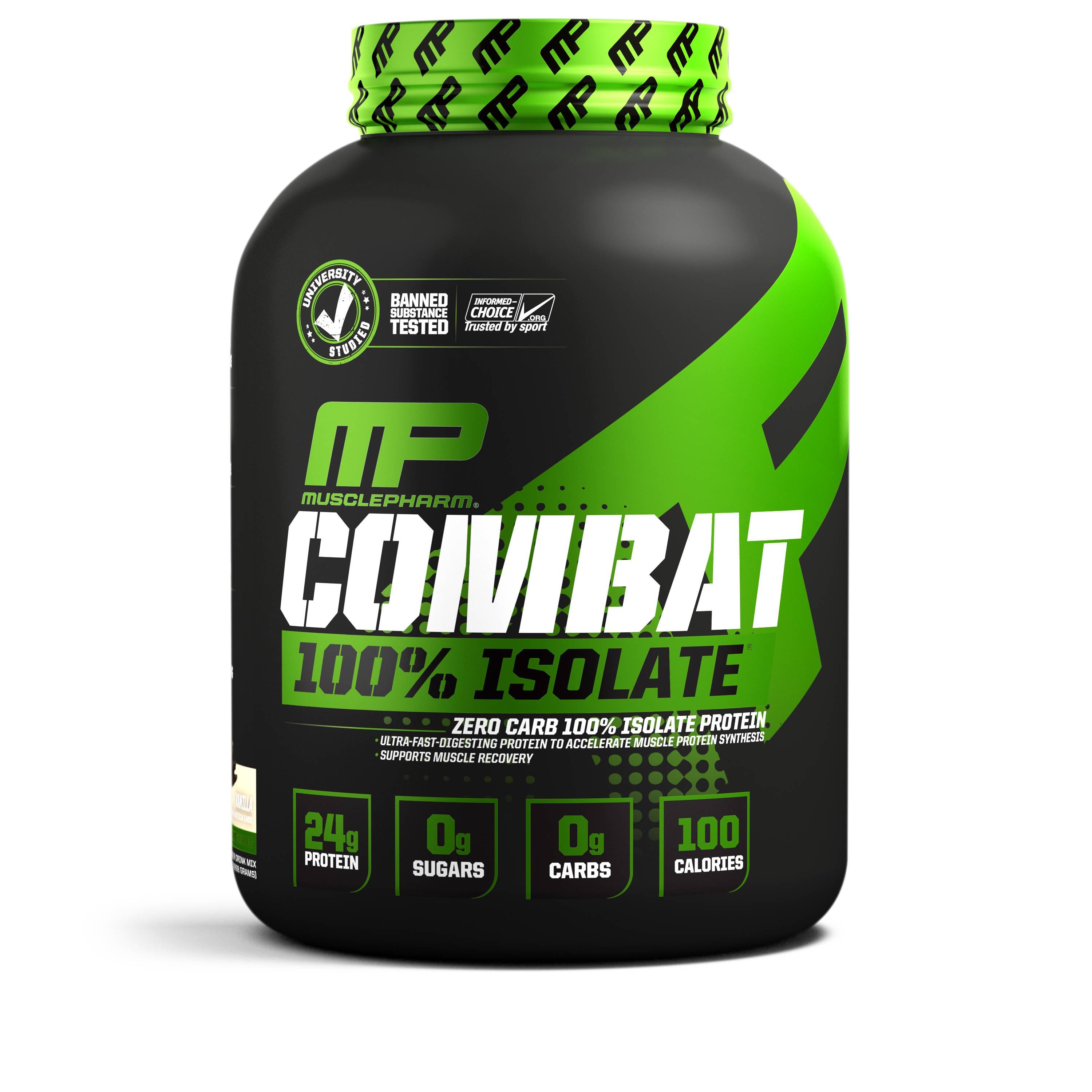